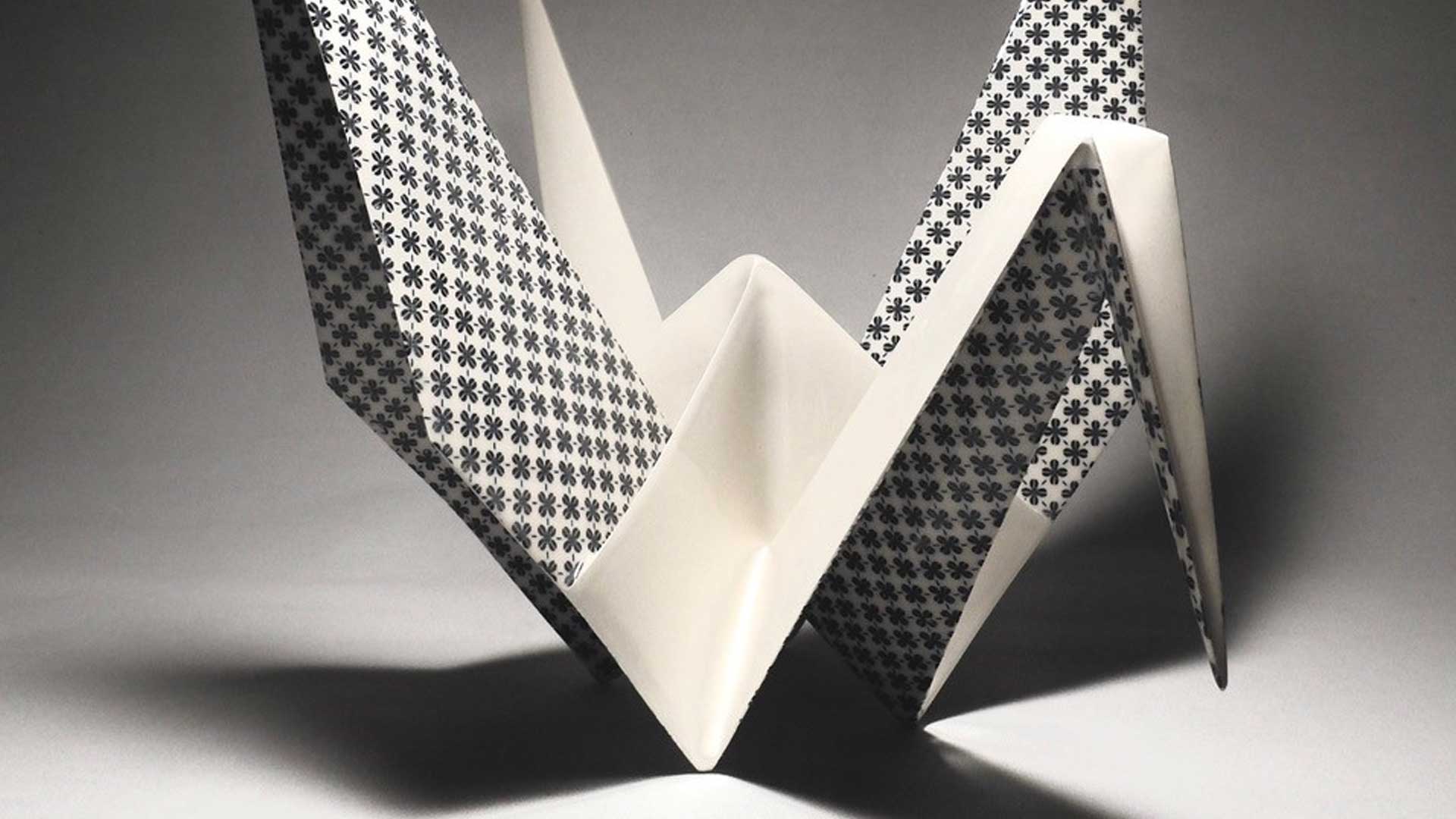 Gippsland Art Gallery is offering a hands-on ceramic workshop with artist Tim Clarkson. This workshop for adults will guide participants to create their own ceramics.

Tim will teach participants howto build and create forms using the slab construction method. This will include a demonstration on how the clay is prepared, making building slips for joining and the methodology he uses when creating his own work.

The workshop will begin with Tim giving a brief introduction to slab making, including images of various works created using the slab technique. Tim will then demonstrate how he makes his work by showing participants sketches, templates and some of his finished works.

Participants will then have the opportunity to begin working on their own ideas or use a template to create their own ceramic origami crane.

Tim Clarkson is a ceramic based sculptural artist currently working from his studio at Montsalvat. His mostrecent work explores the deconstruction of forms into basic shapes and lines,which are then reconstructed in a semi-abstract manner using sharp angular planes and geometric shapes. He is most commonly known for his origami inspired sculptures such as the crane, which can be seen in various public collections around Victoria.

He has completed several significant commissions both here and overseas, including the Crown Metropol Hotel Melbourne, the Marriott Hotel Sydney and more recently a large scaled commission for the new Four Seasons Hotel Guangzhou, China.

Being intrigued with the Cubists of the early 20th century, it comes as no surprise that my work heavily consists of angular lines, geometric shapes and Origami-like forms. As did the Cubists, I strip back forms, break them into flat angular plans and recreate them into 3 dimensional forms. My concepts generally start with loose sketches,followed by an analysis of construction. Paper plays an important role throughout the work, not only as the foundation for my ideas, but also by means of construction. Each piece is initially constructed with paper and card,experimenting with form, balance and arrangement, before moving onto constructing the piece with clay. This process can take several days or sometimes weeks depending on the form I’m trying to create.

Places strictly limited! Prior bookings and payment essential via Eventbrite.

ORGANISER
Gippsland Art Gallery
WEBSITE
https://www.gippslandartgallery.com/
EMAIL
galleryenquiries@wellington.vic.gov.au
TELEPHONE
03 5142 3500
was this page helpful?
WOO HOO! Your feedback was successfully sent!
Uh oh! There was an error, please try again.
Don't be the last to find out!
Join the Port of Sale Mailing list to receive regular updates, news and offers
Thank you! Your email address has been successfully added to our mailing list.
UH OH! Something went wrong, please try again.