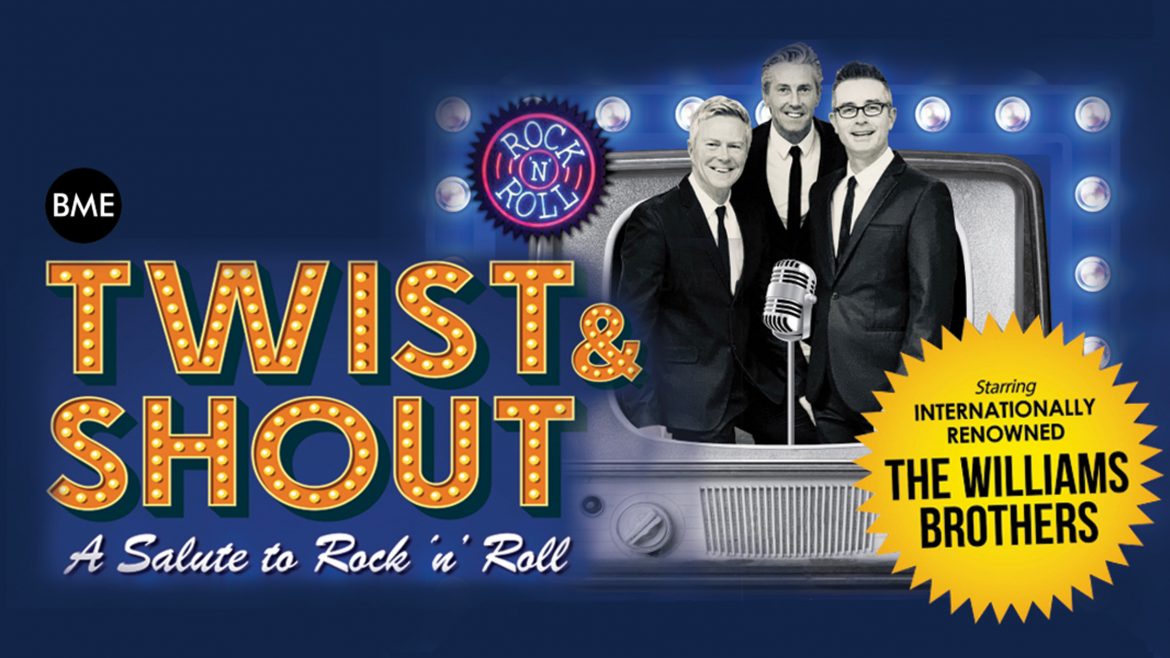 Let’s go back to where it all began!

Rock & roll fans, this is the show that you all have been waiting for! All the number one hits of the rock & roll legends of the 50s and 60s. Hit after massive hit, the magical sounds come alive again with one of Australia’s most successful vocal trios, internationally-renowned The Williams Brothers. Supported by their own multi-award winning band The Shy Guys, this show is a non-stop journey through the greatest songs of all time.

The Williams Brothers are the sons of one of Australia’s leading rock & roll pioneers, Warren Williams. The boys were born to carry on the tradition of one of the greatest eras in music history.

The Williams Brothers perform the classic number one hits of the rock & roll legends of the 50s and 60s with the hits of Elvis, Buddy Holly, Chuck Berry, Roy Orbison, The Everly Brothers, Little Richard, Del Shannon, Jerry Lee Lewis and Australia’s Johnny O’Keefe, as well as the hits of The Bee Gees, The Beatles, The Monkees and The Hollies to name a few.

The multi-award winning Williams Brothers recapture these magical hit songs with harmony that only brothers can produce together with a special celebration to the rock & roll legends of that era.

This show will have audiences dancing in the aisles!