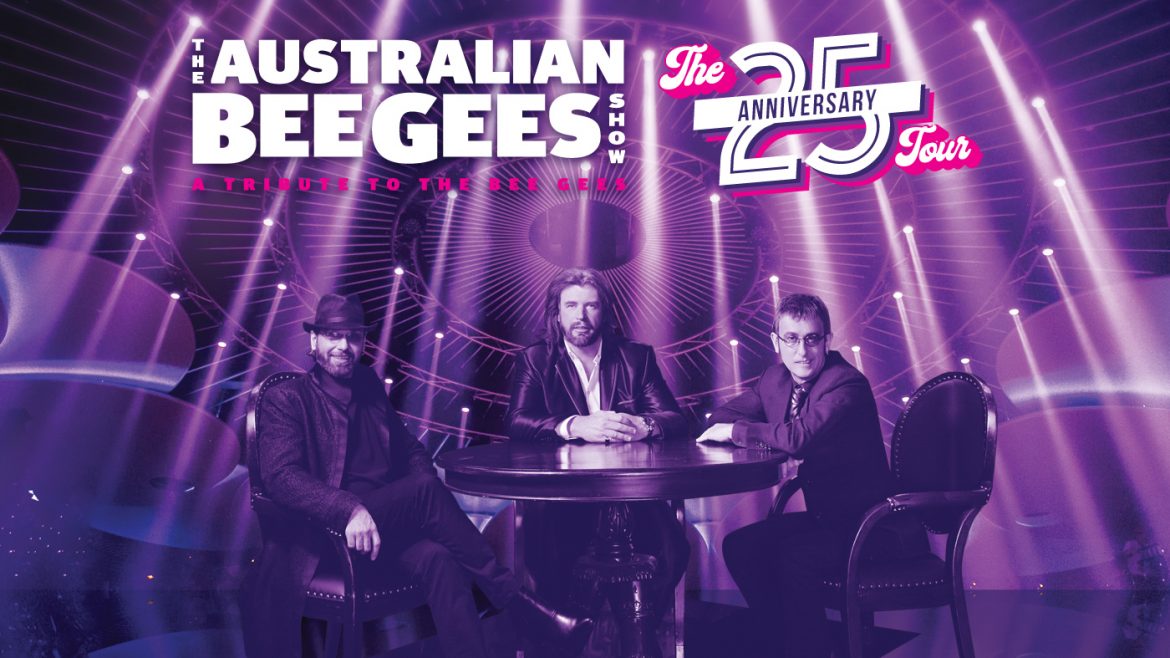 Fresh from celebrating  years and over 2800 shows headlining on the Las Vegas strip, the Australian Bee Gees Show will be heading Down Under for the Australian leg of their 25 anniversary tour!

This new show will be presented in two parts and feature all of the hits in a nostalgic trip down memory lane in a multimedia concert event.

The Australian Bee Gees Show is currently performing at The Excalibur Hotel and Casino. It has been in residence for the past nine years and has just signed a new five year contract that will keep the ABG Show headlining in Las Vegas until 2024. The group was recently voted Best Tribute Show in Las Vegas by the prestigious Las Vegas Review Journal and has made the top 10 in the Overall Best Show category.

After 25 years on the world stage and 8000 performances in over 60 countries, the Australian Bee Gees Show has evolved to become the definitive live celebration of the wonderful music written by the Brothers Gibb.

For one night only be a part of the magic that is, The Australian Bee Gees Show.

DATE
Thursday, August 18, 2022
8:00 pm
VENUE
The Wedge
100 Foster Street, Sale
COST
Adult $57.50, Senior $52.50, Concession $52.50, Member $52.50
ORGANISER
The Wedge
TELEPHONE
0351433200
web
email
Thank you! Your feedback was successfully submitted.
There was an issue submitting this feedback - please try again.
Don't be the last to find out!
Join the Port of Sale Mailing list to receive regular updates, news and offers
Thank you! Your email address has been successfully added to our mailing list.
UH OH! Something went wrong, please try again.